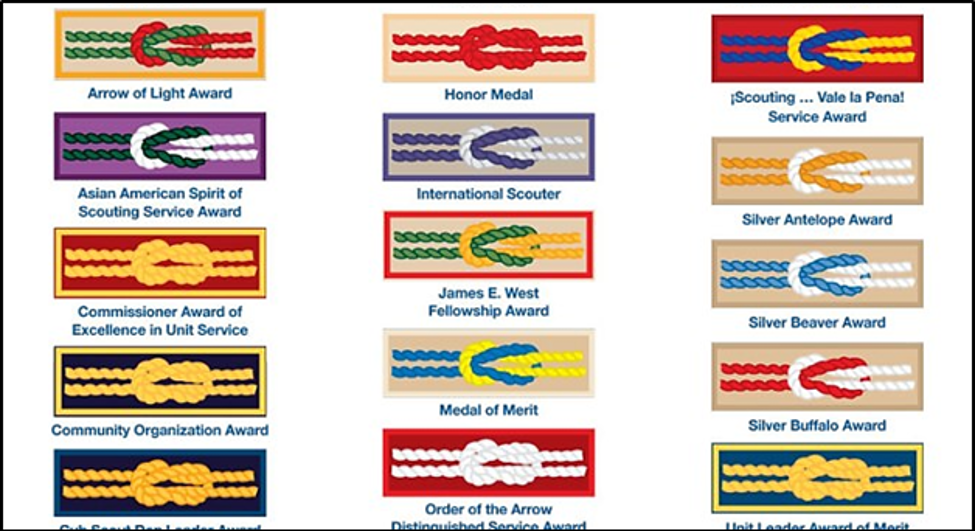 Now is the time to submit nomination forms to recognize adult leaders in your unit, District, or Council!  There are a variety of awards and recognition available for Scouting’s volunteers.  One of them is the Silver Beaver Award, which is the highest honor a Council can bestow to a volunteer who have made an impact on the lives of youth through service given at the council level.

Scouter awards can be used to honor registered Adult Leaders for their dedicated service to Scouting. Most Scouter awards are ‘knots’ which are representative of pin-on medals, around-the-neck awards, or award certificates, and are designed for the convenience of the wearer. Nominations are required for many adult awards.

A variety of Nomination Forms for adult leader recognitions can be found at:

A Council’s highest adult leader recognition is the Silver Beaver.  Nomination forms at: