Menu
Back to the Campsite

New Scavenger Hunt Events will be posted as we find them or develop them so check back for more fun to be had!

Do you need a little something extra for your next walk in the woods? Do you have a Lion preparing to graduate up or a new Scout who would like to earn their Bobcat? We have everybody covered. Each Scavenger Hunt also includes the Leave No Trace Principles for Kids in the footer, just as a reminder that we shouldn’t take home any of the fun things we find.

We’re splitting the country into north vs south. Drawing a line from Aberystwyth through Leicester, Norwich and over to Great Yarmouth, and anyone can take part!

If you’re in the rest of the world you’re in team south (unless you’re really north then you can choose!)

Email your evidence to studio@scout.radio with Team North or Team South in the subject for your submission to count.

We’ll count up how many of each we have for each team except for the biggest/smallest/best items which will be judged by Alice and Adam in the midlands.

The smallest toy
A pet wearing a necker
A reef knot
A rainbow in a window
Something that is a triangle
Someone wearing odd socks with their uniform
A sleeping bag caterpillar
Two people making the scout sign
a beaver, cub or scout washing their hands
A cub/beaver/scout mascot wearing a neckercheif
A beaver, cub or scout in a den made from blankets or duvets
A tent pitched inside
An easter egg that hasnt been eaten
A photo of a beaver, cub or scout with the current scout radio logo
Something to do with scouts made out of lego
A sign of spring
something with a camel on it
A leader with their uniform on backwards
An adult doing Joe Wicks PE
A Scout Radio or JamFM badge sewn on a camp blanket
The perfect cup of tea
The most neatly ironed beaver, cub or scout uniform (including rolled necker)
Someone eating the most unusual thing on toast
The scariest costume
The noisiest thing
The biggest smile or smiles
The most adventurous scout adventurous activity done inside
The most enthusiastic campfire singing
The best camp gadget
The most cubs, beavers or scouts in one video call
The oldest thing to do with scouts 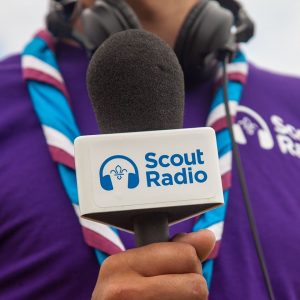