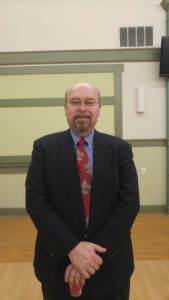 unt Baker Council team will be losing the talents of our Program Director, effective on September 30, 2018. After a long career of service, I have the honor, privilege and personal regret to announce Rich Szymanski’s retirement from the Boy Scouts of America and his position as part of our management team, with his last day on the job scheduled for Wednesday, August 29, 2018. Rich has our best wishes as he embarks on a new trail on his life’s journey. We’ll treasure his accomplishments and dedication to our Scouting programs.

Rich first joined The Boy Scouts of America as a Cub Scout in 1968 in Minot ND. He continued in Cub Scouting in East Millinocket ME, Scofield Barracks & Hickam AFB Hawaii. He became a Boy Scout in Hawaii and continued in Big Spring, Texas then eventually earned his Eagle Scout rank in Everett, WA.

His first paying job with the Boy Scouts was as a camp staffer at Fire Mountain Scout Camp. Over the years, Rich served in camp staff positions 14 times, including 7 years as camp director.

Rich is a recipient of his faith’s youth religious award, Eagle Scout and the O/A Vigil Honor.

I know that our grateful volunteers and staff members of the Mount Baker Council wish Rich the best in their retirement years and are proud to have had Rich’s friendship and talents for so many years.