There are two parts in the Wood Badge program:  The Practical and the Application. Both must be completed before final recognition is given.

The Practical phase is either a five-day or two-weekend experience. You will take part in numerous presentations, discussions, and activities that explore and advance a wide range of leadership philosophies and tools while living in a Scouting environment. This will motivate and enable you to do the best possible job in your home Scouting role.

Who is Wood Badge For?

Wood Badge is for all adults in Scouting: anyone age 18 or older, male or female, involved with Cub Scouts, Scouts BSA, Venturing, Sea Scouts, Exploring, district, or council. The only requirements for attending Wood Badge are: that you be registered in the Boy Scouts of America, and that you have taken the basic training for your position, most of which can be taken online through my.Scouting.

For the 2021 Wood Badge Course the Mount Baker Council is teaming up with our fellow Scouters in Chief Seattle Council. Registration will be done through the Chief Seattle Site linked below!

If you register with a friend (in the same transaction), you EACH get $20 off the registration fee.

Register for the 2-Weekend Course HERE!

If you register with a friend (in the same transaction), you EACH get $20 off the registration fee.

Register for the 5-Day Course HERE!

What is the Purpose of Wood Badge?

The purpose of Wood Badge is to develop skilled leaders who can strengthen Scouting units in achieving the mission of the Boy Scouts of America.

When we accomplish the mission of Scouting, we do it in the units. Therefore, the short form of the purpose is, the purpose of Wood Badge is to strengthen units.

Although the course is different today, what Baden-Powell said in 1919 still applies:

“One of the purposes of Wood Badge training is to get Scouters to think about the practice of Scouting, to meet together, to exchange experiences, and to live together in the spirit of the Scout Oath.” 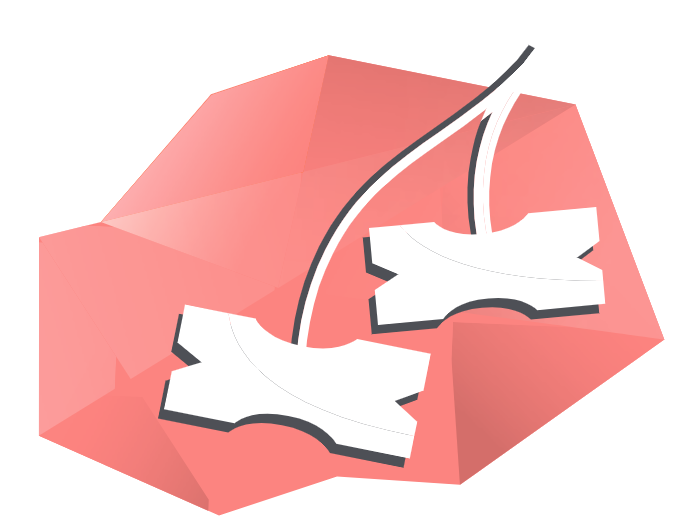 Recognition for the successful completion of Wood Badge (including the ticket) consists of the distinctive Wood Badge neckerchief, woggle, the Wood Badge – two wooden beads worn on a leather thong around the neck, and the certificate.  This “Regalia” is recognized around the world as a symbol training and leadership experience.

Application in the world

One of the great traditions of Wood Badge is the “ticket.”  During the course each participant will be asked to develop a contract or ticket – a list of goals that will allow them to use their newly-learned leadership skills in ways to strengthen Scouting in their home units, districts and councils.

To attend a Wood Badge course, Scouters must:

Why do you want to go?

You want to participate in a Wood Badge course because of things you will learn and do. Here are some of the benefits:

Here’s another summary of why to go. This was originally aimed particularly at Scouters in the Cub Scout program, but it applies equally to all of us.

Wood Badge is here for you. This is not a Troop leader training but is designed for Cub, Scout, and Venturing leaders. This course will help you better understand how all the Scouting programs tie together. It will provide you with many useful leadership tools to help enable our youth to have the best possible Scouting experience. There is no better time to attend a Wood Badge course and make a difference in your unit than when you are a Cub Scout Leader.

What do we see on course?

These come to you in presentations, games, discussions, activities, and other methods.

How did Wood Badge start?

Soon after founding the Scout 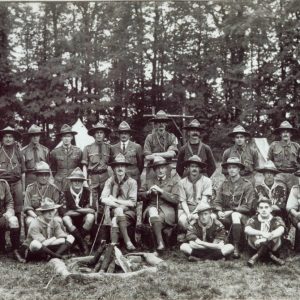 movement, Robert Baden-Powell saw the need for leader training. Early Scoutmaster training camps were held in London and Yorkshire. Baden-Powell wanted practical training in the outdoors in campsites. World War I delayed the development of leader training, so the first formal Wood Badge course was not offered until 1919. Gilwell Park, just outside London, was purchased specifically to provide a venue for the course and the Opening Ceremonies were held on July 26, 1919. Francis Gidney, the first Camp Chief at Gilwell Park, conducted the first Wood Badge course there from September 8–19, 1919. It was produced by Percy Everett, the Commissioner of Training, and Baden-Powell himself gave lectures. The course was attended by 18 participants, and other lecturers. After this first course, Wood Badge training continued at Gilwell Park, and it became the home of leadership training in the Scout movement.